Washington, D.C. – Today, Business Forward issued its latest report on women’s progress in the workforce, the potential impact of eliminating the gender gap, and steps the Trump Administration has taken to make it harder for women to raise a family and succeed at work. Gender Gap in Illinois finds that helping women match men’s labor force participation could grow the U.S. economy by $1 trillion a year.

“Our competitors, recognizing the impact helping women succeed in the workforce can have, spend three times more supporting families than the U.S. does,” Doyle explained. “Once a leader, we now rank 20th out of the world’s 22 advanced economies on women’s labor participation rate.”

The report cites data from the Bureau of Labor Statistics and findings from S&P Global, Citigroup, McKinsey & Company, Center for American Progress, and Washington Center for Equitable Growth.

The report’s findings include:

ABOUT BUSINESS FORWARD
With the help of more than 60 of America’s most respected companies, Business Forward is making it easier for more than 100,000 business leaders from across America to advise Washington on how to create jobs and accelerate our economy. Business Forward is active in over 125 cities and works with more than 650 mayors, governors, members of Congress, and senior Administration officials.

New Report on the “Trump Slump” in International Tourism 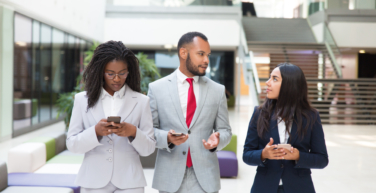