WASHINGTON, D.C. — With a Supreme Court decision on the “Muslim Ban” expected in this month, business leaders from across the country want Washington to know that intolerance is bad for business. In a joint statement organized by Business Forward, 5,000 business leaders said:

“Intolerance isn’t just wrong — it’s bad for business. Yet Washington continues to push rhetoric and policies that target immigrants and Muslims. This bigotry is turning off our foreign customers, potentially costing the U.S. economy billions. Our best companies don’t discriminate based on how you pray. So why should our government?”

The Trump Administration’s rhetoric about immigrants and Muslims is costing American businesses billions in lost exports, tourist dollars, and foreign investment. As part of this effort, Business Forward is releasing a report on the “Trump slump” in international tourism, America’s $236 billion export (and source of 2.5 million U.S. jobs).

“Foreigners spend nearly five times more visiting the U.S. than they spend buying our movies, software, video games, music, and other IP,” explained Jim Doyle, president of Business Forward. “But, eighty percent of those international visits are for pleasure, not work – and that means it’s easy for visitors to switch to other countries.”

While 10 of the 12 major tourism markets were up substantially last year, the U.S. was down, hosting 3 million fewer visits (at a cost of $5 billion in sales and 40,000 jobs). In surveys, foreign travelers have indicated they feel less safe and welcome here. Travel industry CEOs, acknowledging the problem, have funded a global ad campaign to win foreign tourists back.

“When a President has argued that ‘Islam hates us,’ it’s up to his Commerce Secretary to remind him that one in four of global customers is Muslim,” said Doyle. “When he calls Mexicans rapists, he needs to know that a lot of wealthy Mexicans, Brits, and Brazilians will be switching their ski vacations from Vail to Vancouver.”

ABOUT BUSINESS FORWARD
Business Forward is making it easier for more than 100,000 business leaders from across America to advise Washington on how to create jobs and accelerate our economy. Business Forward is active in over 125 cities and works with more than 600 mayors, governors, members of Congress, and senior Administration officials. 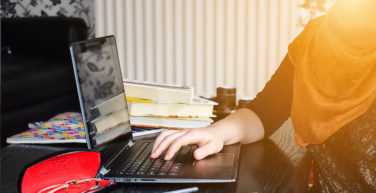